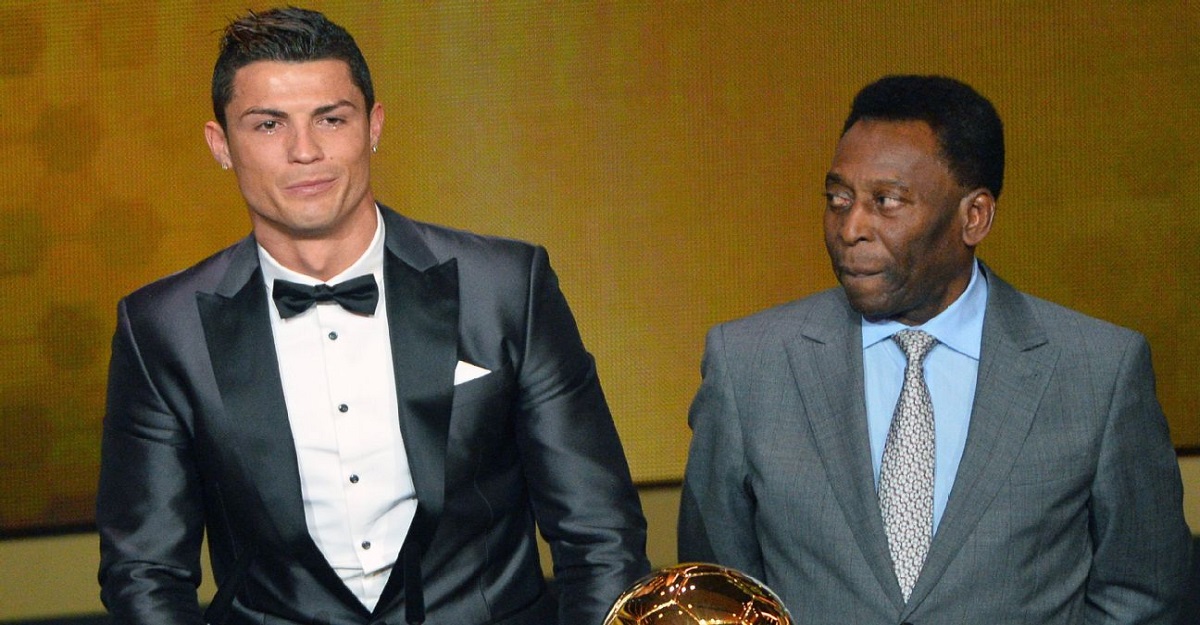 Pele on Sunday congratulated Cristiano Ronaldo for ‘breaking his record’ of goals scored in official matches.

Portuguese star Ronaldo hit a hat-trick on Sunday night which helped Juventus to seal a 3-1 Serie A win over Cagliari. With this hat-trick, he reached to 770 official matches goals.

The 36-year-old took to Instagram to tell his 270 million followers he could now claim the record, having matched Pele’s 767 on March 2.

“I’m filled with joy and pride as I acknowledge the goal that puts me on top of the World’s goalscoring list, overcoming Pele’s record, something that I could never have dreamed of while growing up as a child from Madeira,” Ronaldo wrote.

Brazilian great Pele, 80, wrote on Instagram to his 5.8 million followers “Congratulations on breaking my record of goals in official matches.”

“I admire you a lot, I love watching you play and this is no secret to anyone. My only regret is not being able to give you a hug today.”

“Cristiano life is a solo flight. Each makes his own journey. And what a beautiful journey you are having!”

Pele, the only player in history to win three World Cups, has claimed to have scored 1,283 goals in total, including in unofficial matches.

Ronaldo’s goals include 668 for club sides, five with Sporting Lisbon, 118 for Manchester United, 450 for Real Madrid and 95 for Juventus. He has also scored 120 for Portugal.

Some media however put Czech Josef Bican on 805 goals, ahead of both Ronaldo and Pele.

Former Brazilian striker Romario also claims to have scored 1,000 career goals including unofficial matches. Other sources attribute 772 to him.