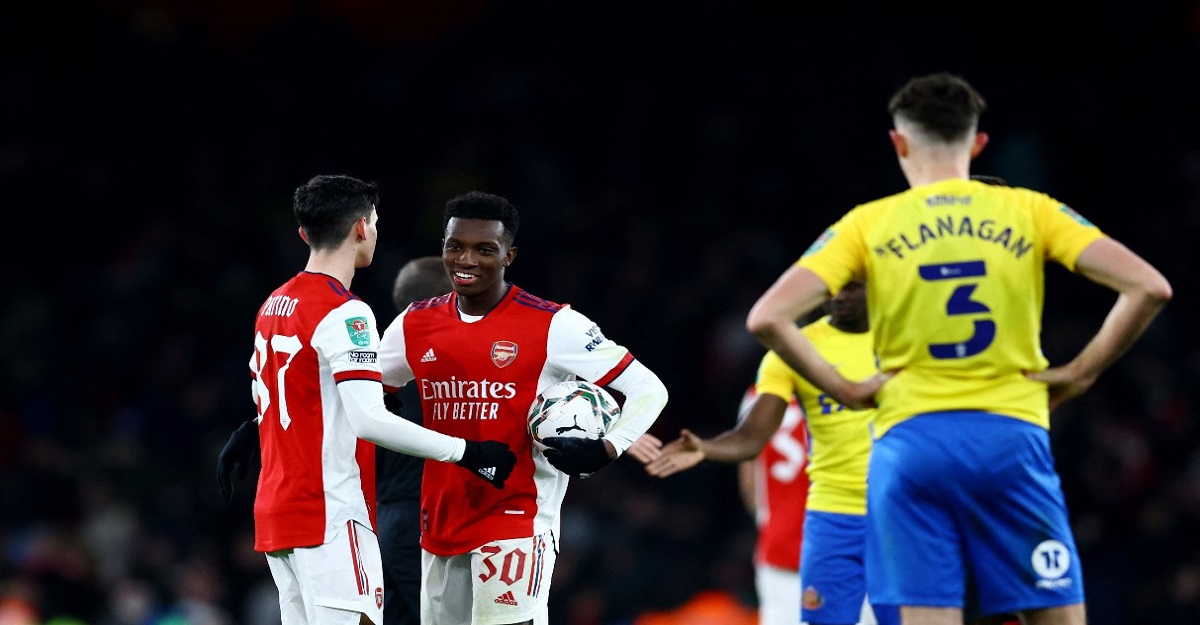 Eddie Nketiah struck a hat-trick as Arsenal beat League One club Sunderland 5-1 at the Emirates on Tuesday to book a place in the semi-finals of the League Cup.

Mikel Arteta rotated his side but still fielded a strong enough line-up to ensure his team comfortably progressed to the last four.

The 22-year-old Nketiah, who has not started in the Premier League this season, put the Gunners ahead, against the third-tier club, pouncing from close range after Rob Holding’s header from a corner was carried out by Sunderland keeper Lee Burge.

Nicolas Pepe doubled the lead with a deflected shot after good work from Cedric Soares but Sunderland pulled a goal back with a nice finish from Nathan Broadhead, who lifted the ball over the advancing Bernd Leno.

Nketiah restored the two-goal advantage, clipping in a low ball from Nuno Tavares in the 49th minute and then produced a cheeky backheel finish to make it 4-1 after Pepe nutmegged Dener Hume and delivered a low cross.

The forward, whose contract at Arsenal runs out in June, has scored 10 goals in nine career appearances in the League Cup.

In the other three quarter-finals on Wednesday, Tottenham face West Ham United, Liverpool host Leicester City while Chelsea are at Brentford.