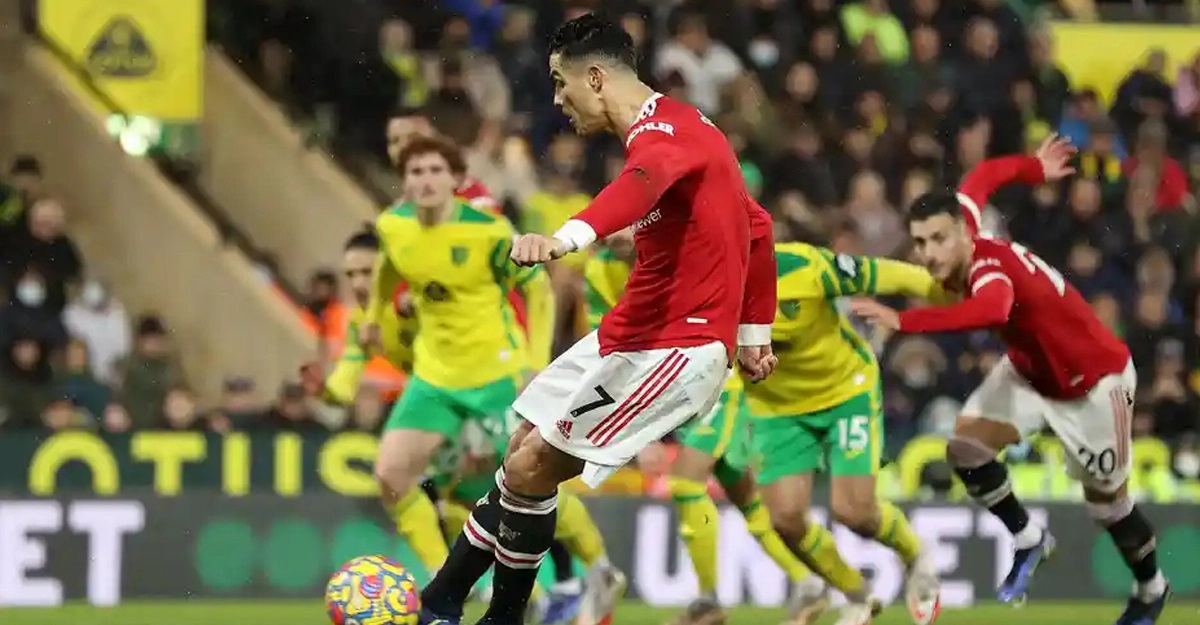 Cristiano Ronaldo converted a 75th-minute penalty to give Manchester United a barely deserved 1-0 win at Norwich City in the Premier League on Saturday after the visitors struggled to create chances at Carrow Road.

The result lifted United to fifth place in the standings on 27 points from 16 games, behind fourth-placed West Ham United on goal difference, while Norwich stayed bottom on 10 points.

United’s interim boss Ralf Rangnick was pleased with the outcome and a solid defensive performance but conceded that they needed to improve in every department.

United lacked a cutting edge until Ronaldo drove in the spot-kick after he was hauled down by home defender Max Aarons.

Ronaldo saw a shot beaten away by Tim Krul in the 37th minute and the home goalkeeper also tipped over a Harry Maguire header on the stroke of halftime after Alex Telles had hit the bar with a deflected free-kick early on.

United fizzled out in the second half and Norwich looked more likely to break the deadlock as David De Gea kept out a Teemu Pukki shot from the edge of the area before Ronaldo struck, sending Krul the wrong way.

The home side piled on the pressure in the closing stages and De Gea rescued United again when he clawed out an Ozan Kabak header before Eric Bailly deflected a Billy Gilmour shot with a last-gasp lunge.

United captain Harry Maguire praised De Gea and acknowledged United were not at their best, saying they needed consistency in grinding out results.