Ronaldo at the double to earn United late point at Atalanta 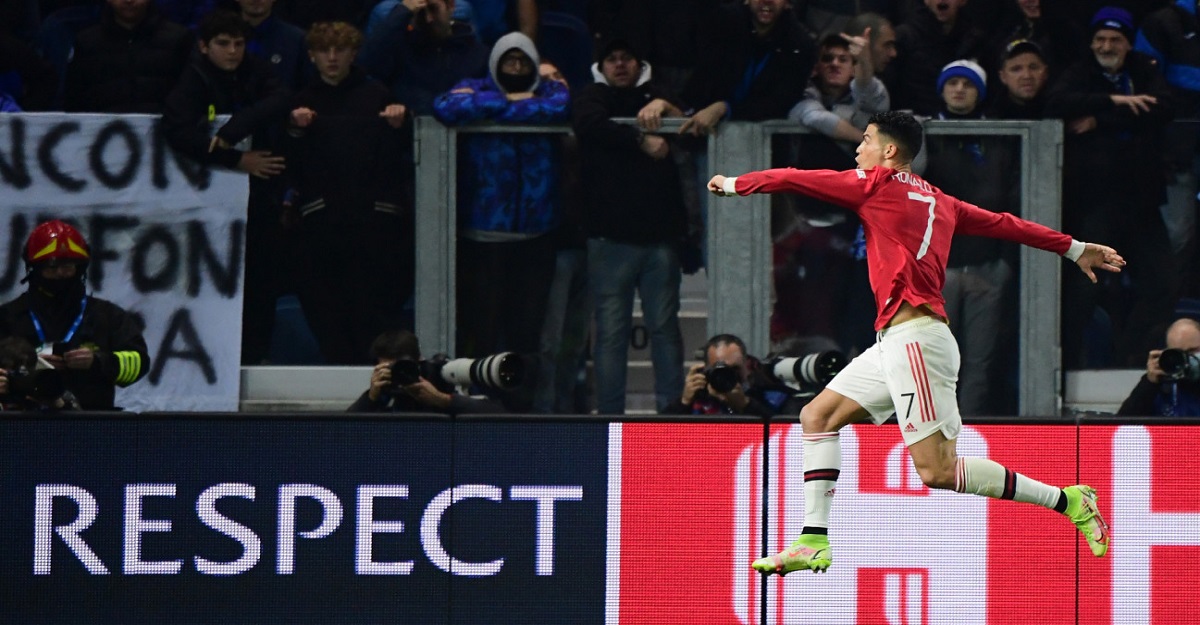 Cristiano Ronaldo scored two, including a stoppage-time equalizer, as Manchester United came from behind twice to earn a 2-2 draw away to Atalanta in the Champions League on Tuesday.

The 36-year-old Ronaldo has now scored five goals in four games for United in this Champions League campaign and has nine in 11 outings for the club this season.

His outstanding finishing secured a vital point for United, who were minutes away from slipping to third in the group but instead find themselves top on seven points.

Atalanta took a 12th-minute lead when burly striker Duvan Zapata, a thorn in United’s side all through the match, cut in from the left and fed Josip Ilicic and the Slovenian’s low drive crept under the body of United keeper David De Gea.

Ole Gunnar Solskjaer’s side had found a system and style that looked effective in their 3-0 win at Tottenham Hotspur in the Premier League on Saturday but their adoption of three central defenders had to be abandoned in the 38th minute when French center back Raphael Varane suffered an injury and had to be replaced.

With Eric Bailly starting for the injured Victor Lindelof, United had no choice but to revert to an orthodox four-man defence and they once again struggled in that formation.

But just before the break, United produced a superbly worked goal with a flowing passing move ending with a clever back-heel from Bruno Fernandes to Ronaldo, who buried the chance.

Gian Piero Gasperini’s Atalanta were well on top after the break and they restored their advantage in the 56th minute when Zapata broke past Harry Maguire, burst into the box and beat De Gea. The linesman’s flag was raised for offside but after a lengthy VAR review the decision was over-turned and the Italian side had the lead.

United desperately searched for an equalizer but they were ragged and lacked any sort of fluency in midfield or attack or solidity at the back.

But right at the death, Ronaldo pounced on a loose ball on the edge of the box and with his trademark technique and precision blasted home a low volley to earn a precious point.

United and Villarreal are level on seven points with Atalanta on five and Switzerland’s Young Boys on three.