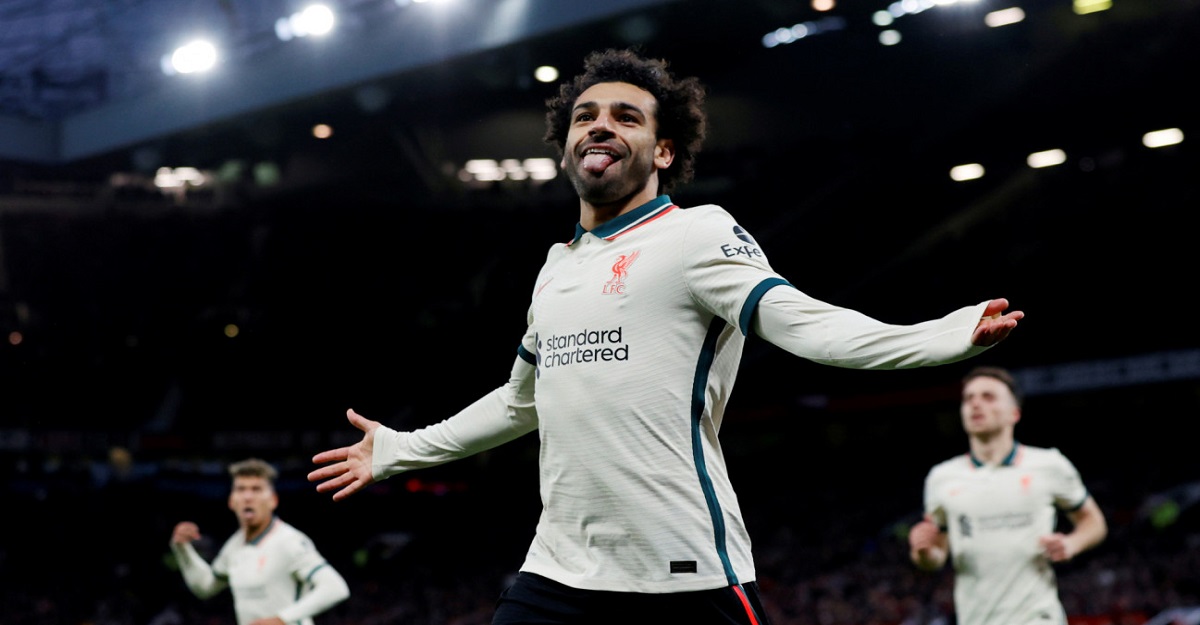 Mohamed Salah hailed a ‘big win’ for Liverpool as the Egyptian forward’s hat-trick inspired a 5-0 victory against humiliated Manchester United at Old Trafford on Sunday.

Naby Keita and Diogo Jota put Liverpool two goals ahead early on before Salah turned on the style with his treble.

United played most of the second half with 10 men after Paul Pogba was sent off in a chastening afternoon for Ole Gunnar Solskjaer’s team.

It was Liverpool’s biggest ever win at Old Trafford and their largest success against their old foes at any venue since 1925.

Salah is the first away player to score a treble at Old Trafford since Brazil legend Ronaldo in 2003.

Liverpool are second, just one point behind leaders Chelsea, and look poised for a sustained assault on the English title currently held by Manchester City.