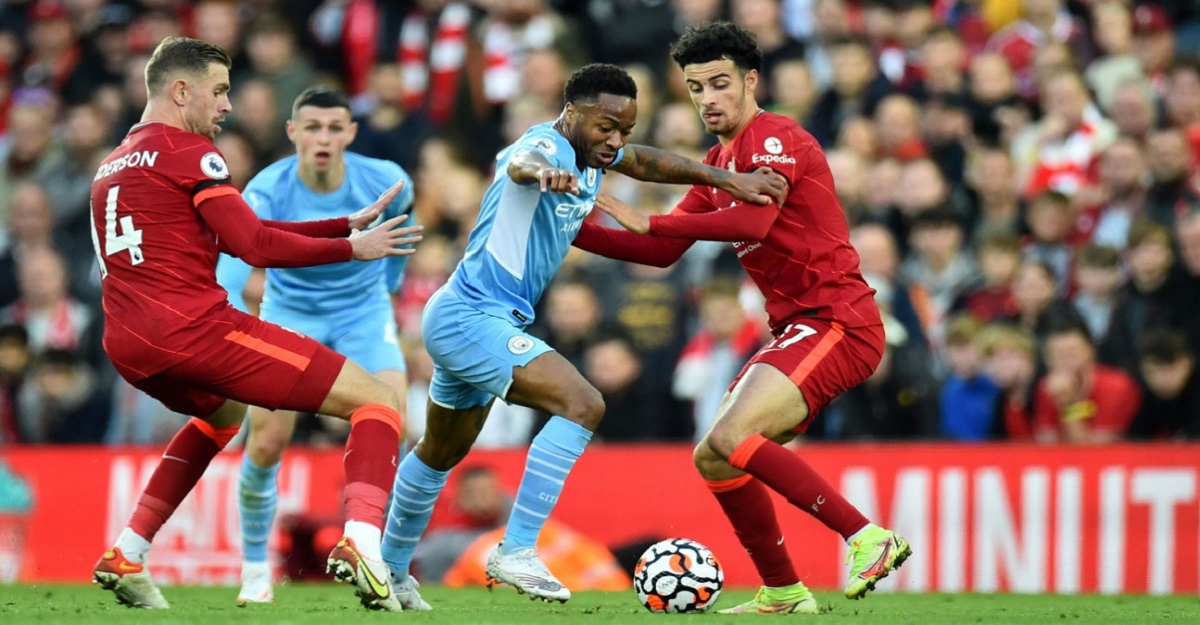 Manchester City came from behind twice to earn a 2-2 draw with Liverpool in a breathless and pulsating Premier League encounter at Anfield on Sunday.

All four goals came in a second-half packed with the high-quality, high-tempo, end-to-end football that makes the Premier League so popular globally.

Sadio Mane had put Liverpool ahead before Phil Foden equalized only for Mohamed Salah to restore the home side’s advantage with a wonderful solo goal.

But Kevin De Bruyne’s 81st-minute equalizer ensured the teams shared the points and left Liverpool in second place on 15 points, one behind leaders Chelsea.

Pep Guardiola’s City are in the third spot on 14 points, level with Manchester United, Everton and Brighton & Hove Albion.

City will look back with regret on their failure not to make more of their first-half domination when the visitors toyed with Juergen Klopp’s side for the 20 minutes before the interval.

James Milner, filling in for Trent Alexander Arnold at right-back, had a torrid half, faced with Phil Foden and Jack Grealish and receiving little help from his teammates.

A remarkable piece of mazy dribbling from Bernardo Silva created a chance for Foden in the 21st minute but his shot was straight at Alisson who parried the ball.

City felt they should have had a penalty when Milner appeared to push Foden in the back but the appeal was waved away by referee Paul Tierney, the first of a series of decisions that infuriated Guardiola.

Foden was causing Liverpool constant problems and De Bruyne should have found the target with a diving header from his cross to the back post.