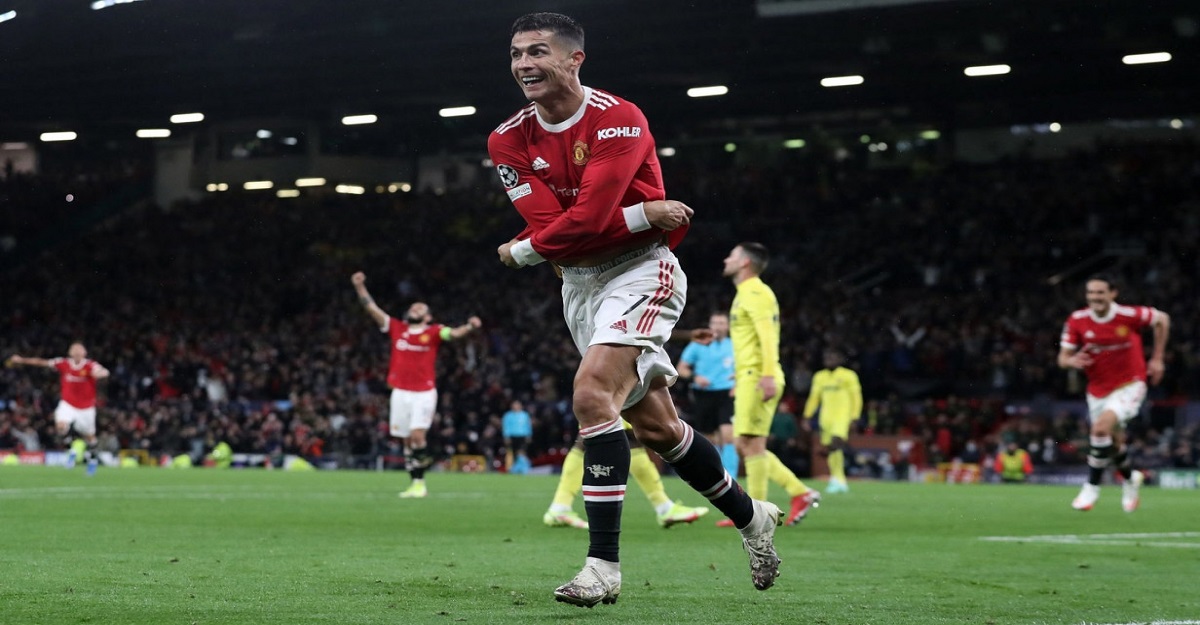 Cristiano Ronaldo grabbed a stoppage-time winner as Manchester United came from behind to secure a fortunate 2-1 Champions League Group F win over Villarreal at Old Trafford on Wednesday.

On the night he set the new record for the most appearances in the competition, the 36-year-old Portuguese delivered the killer blow to save his manager Ole Gunnar Solskjaer from another disappointing result and the inevitable inquests.

United had fallen a goal behind to Paco Alcacer’s 53rd-minute opener before drawing level with a brilliant volley from Alex Telles but failing to make the most of the momentum shift.

After three defeats in their last four games, including the loss in Bern to Young Boys in the group opener, United could ill-afford another slip-up.

But for long stretches of the game, an upset looked very much on the cards and had the visitors been sharper in front of the goal, the contest might have been over by the break.

With Harry Maguire, Aaron Wan Bissaka and Luke Shaw all missing from the defence, United were easily opened up in the first half with Diogo Dalot enduring a particularly difficult 45 minutes.

Arnaut Danjuma tormented the United right back and tested David De Gea twice after cutting in from the left flank.

Alcacer had a header from a Danjuma cross tipped over by the United keeper and, after a slip-up by Raphael Varane, found himself one-on-one with De Gea but fired wide.

After squandering those chances, however, Villarreal took a deserved lead when a counter-attack was finished off by Alcacer who turned in Danjuma’s low cross.

United struck back seven minutes later with a cleverly worked free kick as Bruno Fernandes chipped the ball deep to Telles on the left and the Brazilian fired home a perfect volley.

Edinson Cavani missed a good chance to grab a winner for United, heading wide at the back post, and the hosts survived a goalmouth scramble with Boulaye Dia going close for Villarreal.

Then, deep into stoppage time, substitute Fred crossed from the left and Ronaldo headed to Jesse Lingard who fed the ball back for the Portuguese to drive home.

Old Trafford erupted in relief and joy and Ronaldo picked up a yellow card for ripping off his shirt and throwing it into the crowd in his 178th Champions League match.

Atalanta top the group standings with four points, one ahead of Young Boys and United. Villarreal are bottom with one point after a cruel end to the match.