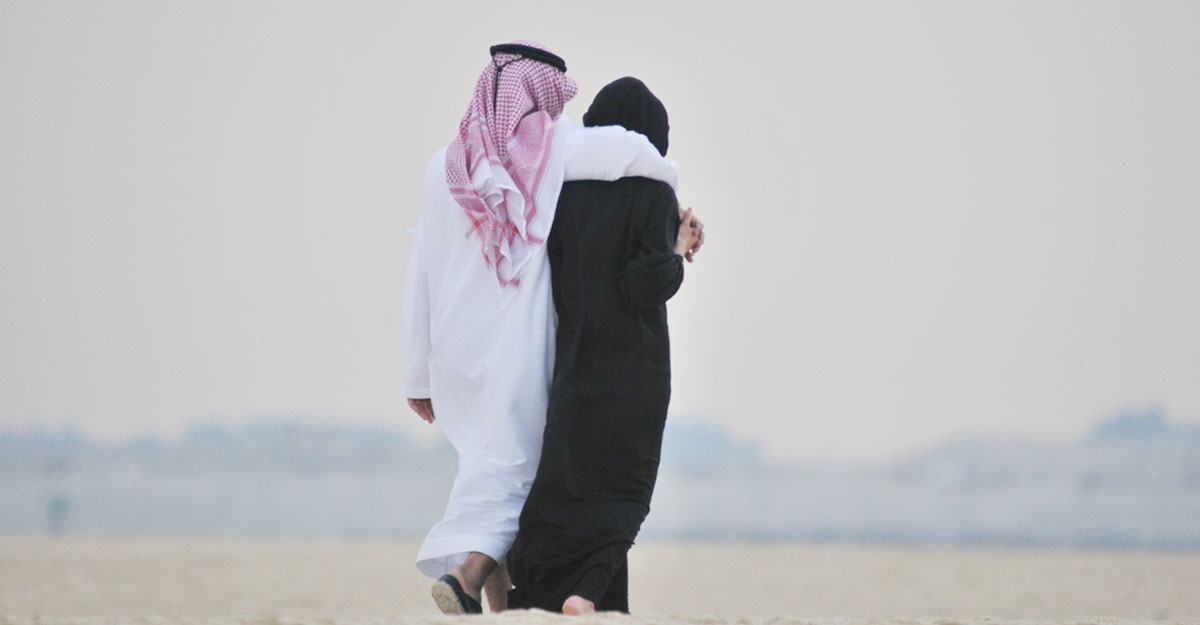 There is no denying that it makes sense to have a loyal spouse by your side. As the Quran reflects several times, one finds a sense of calm in their other half like no other in both good and bad times.

Meaning: And some of His signs are that He created for you wives from among yourselves, so that you could find tranquility with them, and He has created affection and mercy between you. Surely, this is a sign for those who meditate. Surah Ar-Rum 30:21

But if you’re wondering why some Muslim couples are more successful and have a satisfying marriage than others, we’ve covered them in this session.

In the light of Islamic teachings, here are seven habits happy Muslim couples abide by for having a beautiful future together:

Good character comes above all

Nothing placed on the scale is heavier than ‘good’ character in a successful marriage. Hence, supporting your partner to achieve his or her dreams, making time for them, and gratifying your guarantees to every different is taken into consideration a concern on every occasion around.

Seeking out the good in each other

Similarly, focusing on the unwanted attributes of your marriage in preference to appreciating the coolest is extraordinarily unhealthy. Happy couples recognize the significance of that specializing in the coolest than the bad.

Gratefulness all the way

Being thankful for what your partner brings to the desk is likewise a given for a successful Muslim marriage. After all, while you and your companion prevent thinking about primary spousal responsibilities as a ‘favor’ to every different, the three-letter evilness, dubbed as ‘ego’, will robotically go away from the picture.

Bridging the gap through communication

Speaking as if your spouse is your best friend is always a good sign. However, mutual respect has always been an important factor and we do not want to ignore it not only in good times but also in conflicting times.

Successful Muslim couples also emphasize sharing the details of their day, laughing and exchanging ideas, and bridging unnecessary communication gaps. They also recognize the importance of respecting each other if they have different opinions or disagreements.

Say ‘no’ to arguments

The great Prophet said, “For those who give up the dispute even if he is right, I guarantee a house of Jannah for him.”

Fighting the enemies together

Malicious, ego and the evil eye that has been accused so far are effective enemies that destroy internal marriage. But when wives and husbands fight all evil, malice and demons cannot use moments of stress and excitement to ignite unnecessary quarrels that can develop into a fight for each other.

Making decisions together about family

Successful Muslim couples appreciate that disagreements do not prevent them from making the right decisions as a family, regardless of their prejudices.